Lies are everywhere, not only in our daily interaction but also institutionalised in culture, religion and government. People tell 6 to 10 lies a day, but technology is unable to keep. Our devices will mostly tell the truth whether that is our intention or not.

The notion that all information should be available all the time (as on the internet) is actually a very new notion. 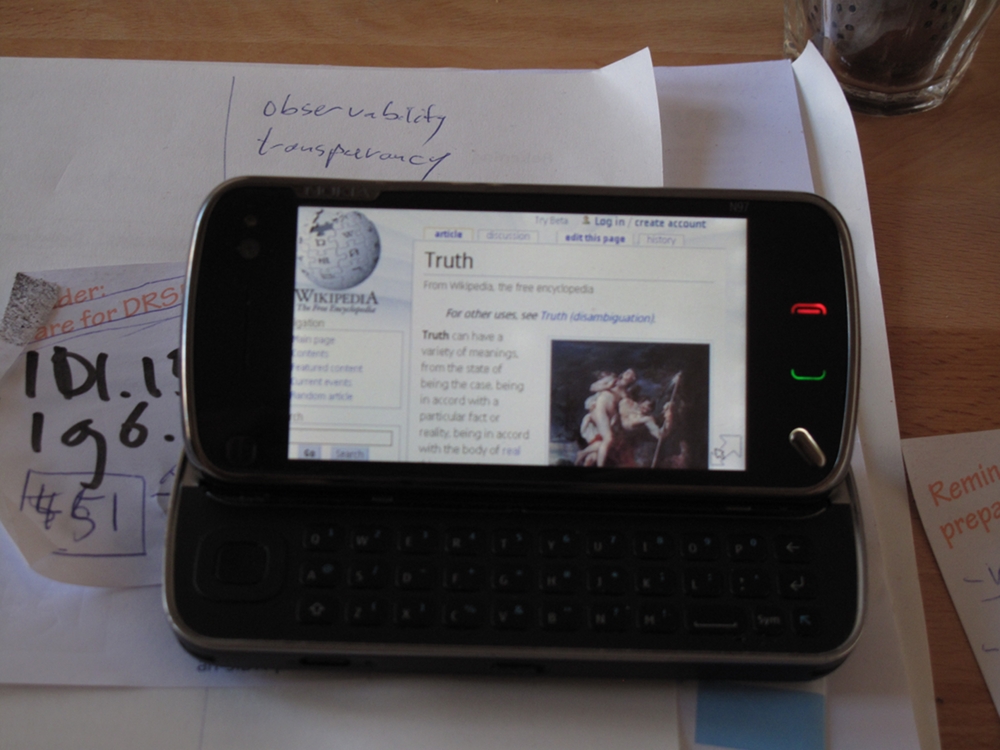 Genevieve Bell (anthropologist at Intel) tells us that secretive knowledge has been around a lot longer. If we look at indigenous people some secrets are only passed on between men or women and not shared with the other group, also Medicine men have a special role at keeping secrets. When I look more close to home the catholic church has (and has had even stronger) a whole system in place to keep things secretive.

So lies and secrets are at the heart of our culture, but then our intentions and that of our devices are different. Technology is just not able to keep up, I might want to lie about where I have been today and to whom I have phoned, but my GPS and cellphone will just show the truth without blinking an eye.

Bell quotes James Katz in there is "the arms race of digital deception". There are online services that can provide you with "better lies" (get your picnic program, hotel receipts and plane ticket online while you (yeah you) were actually in Mexico with your secret lover(don't be in the sun too much, it will give you away)), As well as lie detection algorithms that are battling each other for technological supremacy.

People lie online about their location, the context they are in, their intentions and their identity. According to a survey by Cornell 100% of people lied when entering a dating site. They lied mostly about their weight (women) or height (men).

It turns out that we like our online lies. There are even websites celebrating them, like postsecret. According to Bell we like these lies because we like to protect our privacy and security, and lying is a very effective way of doing so. In fact, Bell argues it will be more fruitful to talk in terms of secrets and lies than in terms of privacy and security when looking at technology.

This is a very interesting perspective if you look at today's world and how we are connected. I think a lot of the lies we tell do not really matter. And I am really looking forward to devices who are able to lie if the owner wants is to, I am not talking about erasing your steps but actively creating false steps. This will in the end change the trust we have in technology. Will technology become so human that it will be able to lie?